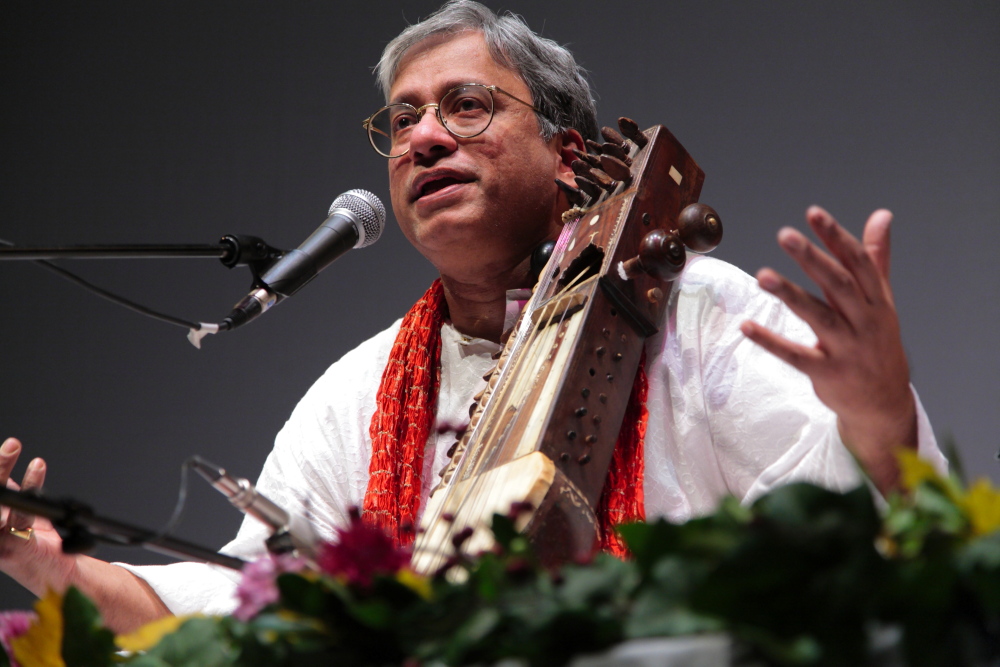 The sarangi is popularly known as “ the instrument of a hundred colours” from north India. Dhruba Ghosh has transformed the traditional classical Sarangi of North India into a multi-dimensional expression. His brilliance of technique, composition of performance and mastery of Ragas on Sarangi has labelled him as one of the living masters of this complicated instrument. He has greatly furthered the idea of bringing the Sarangi to the fully instrumental solo status.

Dhruba is the inheritor of the tradition of his masters, his father Pandit Nikhil Ghosh, the famed percussionist and pedagogue, the veteran vocalist-composer Pandit Dinkar Kaikini, and the renowned sarangi maestro Ustad Sagiruddin Khan of the legendary Bundu Khan style of Delhi. He has also been receiving core gharana material from Ustad Ali Akbar Khan (sarode master of the Maihar Gharana) and the great Bansuri player Pannalal Ghosh, who was known as the father of classical Hindustani flute, and elder brother of Nikhil Ghosh.

Dhruba Ghosh has performed at various music venues and respected Festivals in all over the world. Since 1991 he has been touring exclusively as a soloist and also colloboration concerts. 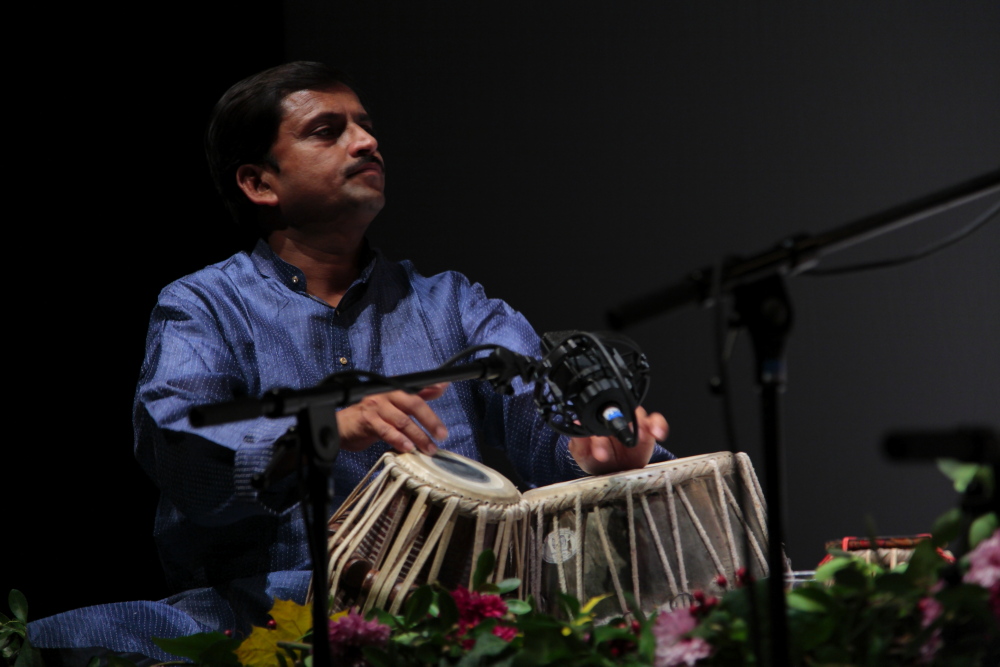 Born in 1965 Vinod Lele learnt the art of Tabla Playing from his guru Pandit Kashinath Khandekar of Banaras Gharana (Tradition of Banaras School) epitomized by the style of playing the celebrated Pandit Anoke Lal Ji. Vinod obtained the degree of Sangeet Praveen (Master in Tabla) from Prayag Sangeet Samiti, Allahabad, securing a Gold Medal. He has won first prize for the Tabla in U.P. Satet Sangeet Nathak Akademy, Music competition in 1982. He has also won first prize in the All India Radio Music Competition in 1983.